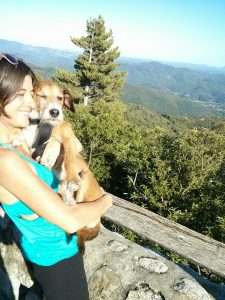 L’espace lisse…The smooth space. I had already been in residence for two days before I discovered this incredible spot on the earth had a proper name. Marina may in fact have told me, but often when I am told things in French I need to hear them two or three times before these things actually register with me.

The words appeared on the caller ID of a friend who called to talk, remarking upon it.

Curious, I looked up the term and amidst a Wikipedia entry about vectors I couldn’t completely comprehend, I found the following, on a page entitled « Le vocabulaire de Gilles Deluze », which, like all texts in French that attract my attention, I immediately began translating in pencil in the margins, since I love the exercise :

And it occurred to me, that beyond the instant comfort I felt upon meeting Marina in Paris and speaking with her about her own work and ambitions for l’Espace Lisse, this quote from the great French philosopher truly resonated with the work I am trying to accomplish.

“The nomad doesn’t move, he lives in a smooth place, crossed with flood lines and multiplicities. A smooth space is an open space, a space of wandering…”

For more than five years I have been working sporadically on a nonfiction manuscript entitled People from an Outside Country: Vietnam, America and the Places In Between, which tells the story of my childhood growing up with two older foster brothers who arrived as refugees from Vietnam when I was eight years old, and my subsequent years as a nomad who has made her home in France for the past thirteen years.

The writing of this work has been accomplished in fits and starts, snuck in between my day jobs as journalist, editor and translator and punctuated by long periods of inactivity as I take on other freelance writing projects to pay the bills.

Over the years I have been lucky to receive funding in order to attend various writing residencies, at which the bulk of the pages that now make up my manuscript were composed. Away from the constraints of my real life, in unfamiliar surroundings with as few personal objects at my disposal as possible, I am best able to create.

Which was how I found l’Espace Lisse (thank you David Guez and Host an Artist!). I spent twelve days this past April and early May in a state of bliss, surrounded by the animal world (cows to the west, horses to the south, geese, chickens and a dog to the east and five cats to the north) and the quiet rhythm of the Gironde countryside. The spring weather was fickle, and only permitted two full days of lounging in the sun, but that gave me a chance to meditate by the wood stove and cook elaborate meals in a kitchen four times the size of my Parisian flat.

Generally motivated by the artistic energy of others, my extroverted self surprisingly found great peace in the solitude of this residency, punctuated with visits and the occasional meal in the garden with Bénédicte, who graciously took me to the market and made sure I got to and from the train. Her serenity and joy in her own surroundings were contagious, and after nearly two weeks of this rhythm it was hard to imagine and accept that it had not always been my home…

As is usually my wont, I spent more time starting a new essay and putting the finishing touches on an old one I wanted to submit than I did working on the book itself, but I allowed myself the luxury of being soft with myself there in the smooth place. I slept late and went for leisurely walks with my dog, meeting deer and listening to frogs. And when the time came, we were not ready to leave. There were still so many books to read, so many more hours to be spent sitting at the wooden desk under the skylight, tapping my way towards an end to the story of these people from an outside country, these nomads who live in their smooth spaces, the places in between their homelands.

I can’t wait to slide back into cet espace…